Recent years have seen a big rise in the number of Buyers Agents.  There is now more choice than ever, and like all professions some Buyers Agents are simply just better than others. So how do you choose your Buyers Agent?   Here are some tips that will help you decide how to choose a Buyers Agent. END_OF_DOCUMENT_TOKEN_TO_BE_REPLACED

Well a lot has happened since 1999.  Back then John Howard was Prime Minister, the GST was passed into legislation, Australia won the Rugby World Cup and Sydney’s hail storm was one for the record books!  The world of Buyers Agents has undergone a world of change since then as well.  When we started out as Buyers Agents in Sydney in 1999 the term “Buyer’s Agent” did not exist.  There was not even a category available for us to advertise in the Yellow Pages.  END_OF_DOCUMENT_TOKEN_TO_BE_REPLACED

What is a Buyers Agent?  A Buyers Agent is a licensed real estate professional who specialise in searching, negotiating and purchasing property.  A Buyers Agent represents the buyers interests in a property transaction. 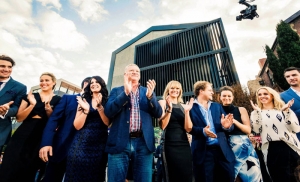 The Block – the real winners and losers

Watching The Block last night, the end story was that “everyone was a winner”.

The renovators won, the buyers agents won and the TV station won with the ratings, despite paying out a television record $3,165,000 in prizes.

Huge prices were paid for all of the St Kilda townhouses, with the winners Darren and Deanne selling for $835,000 over the reserve price of $1,455,000, or 57% more than what the property was valued at prior to the auction.

Winning a property at auction is a great feeling for buyers, with emotions of triumph and relief. In the following days the reality of a mortgage usually sets in and sometimes with varying degrees of buyers remorse.

Paying a huge price for a property would be fine if property markets were on an endless trajectory upwards. With growth in Melbourne and Sydney over the past few years at continually stratospheric heights, it is hard to blame buyers for thinking that growth will be endless.

For those of us who have been in the property industry for a long time, we know that markets rise, fall and also at times remain steady. We have seen many winners make large capital profits, however we have also seen many losers who have paid too much for their properties at the high end of a boom cycle.

Paying a premium amount for a property is less of an issue if the buyer will have no mortgage, however most people purchasing property do have mortgages and in the current market many have been borrowing a large percentage of the property purchase price.

Which brings us back to the large prices paid for the units in The Block. Now that the cameras have moved out and the production crew and media circus have moved on to other entertainment, the buyers will be preparing for the reality of settlement and paying the remainder due.

Is there any ongoing cachet or prestige for previous Block television properties? The answer in most cases is no.

The truth is that these places were renovated by amateurs finishing properties quickly on limited budgets to meet episode deadlines. Many will have repair and maintenance issues to be addressed, and when resold in the years ahead being a Block property is unlikely to be the sales agents main selling point. At that stage buyers will be more interested in the fundamentals of the property including the quality of the fittings and materials, the location, aspect and natural light, floor plan, noise, and the other important features.

As a buyers agent it was particularly disappointing to see the Melbourne buyers agent’s conduct at The Block auctions. The approach appeared to be more concerned about “winning” for their clients regardless of the auction bidding increments made and eventual price paid. Professional buyers agents should be acting in the interests of their clients and often that involves advising them not to proceed with a property or to set a measured maximum price.

If bidding at auction on behalf of a client, it is best to not be continually on the phone to your client during the auction as it is harder to keep a poker face and to concentrate properly, and your competition will find it easier to see when you are nearly finished. We suggest clients have a pre-written maximum bidding amount, which means that our client’s amount is determined by a proper price analysis on the property rather than being influenced by the frenzied bids of other buyers.

A professional buyer’s agent should find out as much as possible about a property and it’s surrounds for their clients before their client exchanges contracts to purchase. An important part of the due diligence process is investigating whether there are any issues with the local council.

The purchaser’s solicitor or conveyancer will examine the Contract of Sale, and review the 149 Certificate that is issued by the local council. However from my experience many solicitors and conveyancers do not have the time or inclination to thoroughly check all of the issues with the local council, and therefore it is incumbent upon buyers’ agents to do those extra checks.

As buyers’ agents, we should independently call the local council and speak to the Duty Planner or Duty Surveyor to enquire whether there are any past or current Development Applications (DA’s) on the property to be purchased, and also for the surrounding properties. Information received may have a negative impact on the property of interest and may affect whether your client is still comfortable to proceed with the purchase.

Previously rejected DA’s may contradict what a selling agent has advised on what is possible with renovating or extending a property. Other issues that may be disclosed are: unauthorised building works, Construction and Occupation Certificates not issued, and also demolition orders.

Many council websites have a DA Tracker section, where you can see a history of Development Applications on any property within the area of that council.

Some recent examples of issues that I have uncovered from local council checks have been:

A federation house was in a Roseville street that the Kuringai Council had recently re-zoned to Residential 2(d3), allowing multi-storey developments. My enquiries through council disclosed that a large new six-storey development would be built behind this house. The client still proceeded with the purchase but the sale price allowed for this issue.
A house in Fairlight was affected by road widening. The client’s conveyancer ran a check through the RTA that stated that there were no road widening issues for this property. However my enquiries through Manly Council revealed that there was a Road Widening order on this property, that had been issued by the council independently of the RTA. The land resumed would have taken half of the lawn and garden space of the house. Our client decided not to proceed with this purchase.
A Maroubra unit, with open views to the city, was to lose those views due to a new development directly in front of this building. We checked the plans of the new development, and the client then decided not to proceed with the purchase.
In summary, it is very important that council checks are done on prospective properties as part of a buyers’ agent’s professional due diligence. Failure to do so could potentially expose you to litigation and liability with clients if adverse issues are uncovered following their purchase.